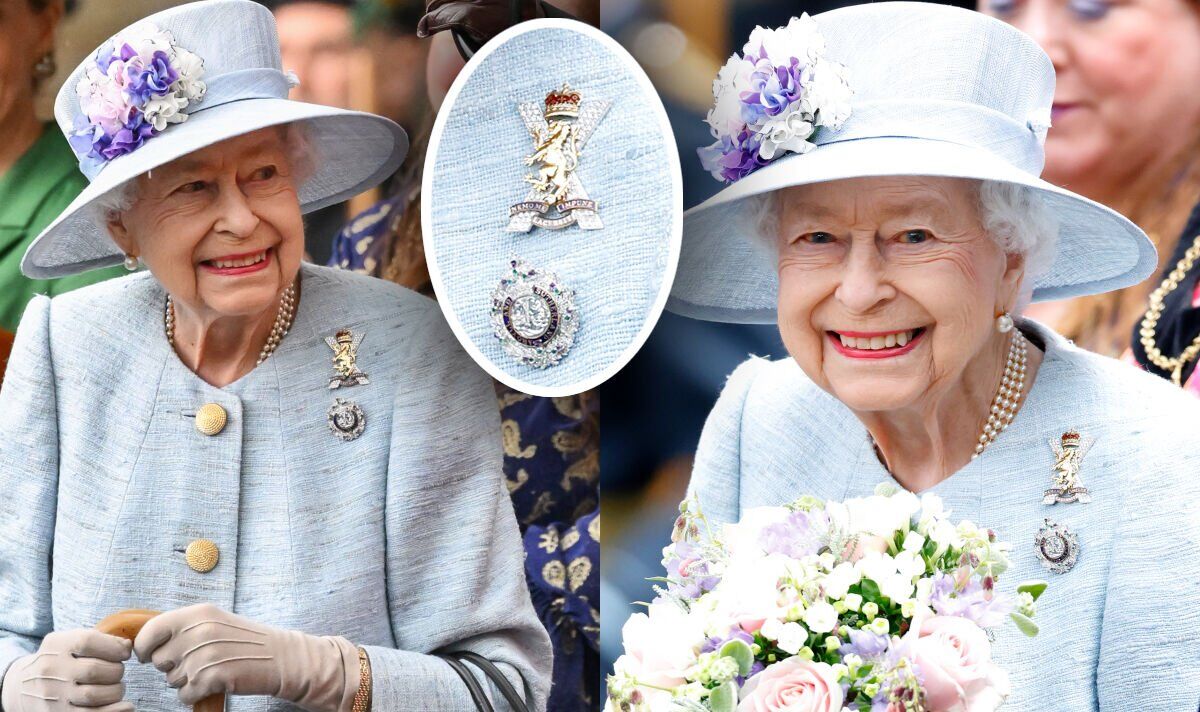 “Turning to Lieut. Mountbatten she remarked, ‘it is lovely, isn’t it?’

“This regiment was originally formed as Princess Louise’s Highlanders in 1881, their Colonel in Chief being Queen Victoria’s daughter Princess Louise.

“The badge was designed by Princess Louise.”