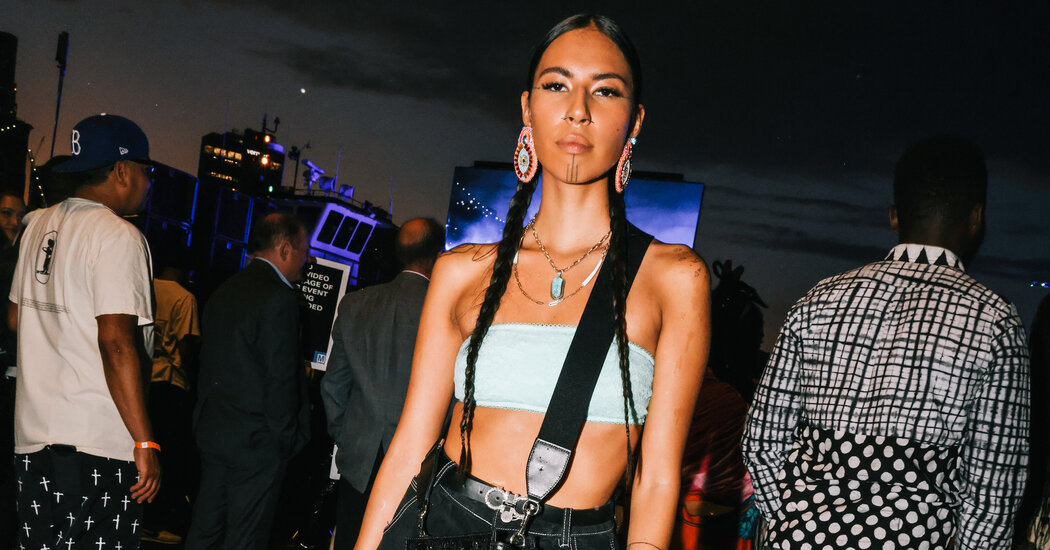 Summer is right here, formally. There are indicators: There’s the solstice in fact, and the L.G.B.T. Pride March. But there are extra delicate markers across the metropolis: conviviality on fireplace escapes; weekends which are thinner with locals and thicker with vacationers; and nobody wears a factor. This final ritual was challenged on June 23 as writers, brokers and editors ambled uptown to have a good time the second anniversary of the literary journal The Drift, hosted on the David Zwirner gallery on East 69th Street. Guests in demure gown listened to speeches from The Drift’s editors, the novelist Joshua Cohen and a beshorted Hilton Als, who curated the gallery’s present present of Frank Walker’s work.

On the afternoon of June 24, as issues received muggier, the Consulate-General of Sweden hosted its annual Midsummer Festival in Battery Park. Nordic households and their mates gathered on blankets and danced across the midsummer pole, some adorned with flower crowns. Across the East River, fashions and budding fashionistas crowded towards barricades on Pier 1 to witness New Wave New York, a style present offered by MADE, an IMG-owned platform that incubates younger style expertise, and the Public School label that first confirmed with MADE 10 years in the past. The present offered works of 5 younger design abilities, and was adopted by an after-party at 1 Hotel Brooklyn Bridge. As the style present ended, the rapper Nas belted out his verses from a barge that bobbed alongside the pier. A mild rain picked up. A person in a beret and tank prime passionately kissed one other below its cooling drops. June is already executed. Imagine that.

“Afro-influence is everything. Everywhere you look there is some Black influence, including punk.” — Thai Richards, a health mannequin who attended the MADE celebration.

“I took the pictures. I made the jacket so I could wear them.” — Nathaly Delacruz